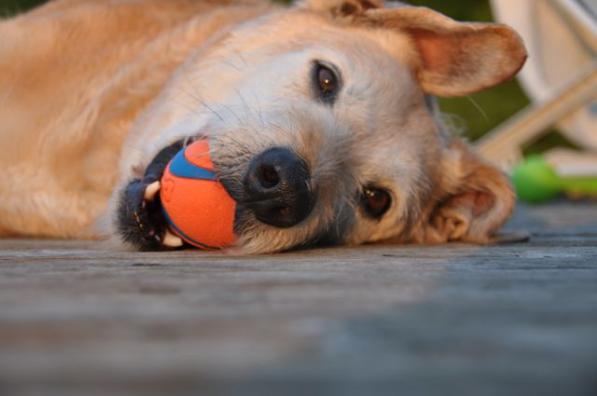 When I arrived at the City Veterinary Clinic this morning to perform my function as overseer of the staff, Andy told me I had to start a blog.  I wondered what that had to do with treats.  Apparently, they are connected.  No blog.  No treats.  Well, fine, if that’s the way he wants to play it.  I’ll blog.  But I warned him, I’m going to tell the truth.  The whole truth and nothing but the truth.  And if he can’t take the heat, then he should get out of the kitchen, you know, after he’s left roast beef on the kitchen counter.

So… what to say?  What to say?  Okay.  I’ll start with this morning before we got to work.   I woke up next to Andy – as usual he hogged most of the bed. I have tried to make it clear that the middle of the bed is my sanctuary and he’s welcome to either side or corner, and yes it is imperative that I sleep with my legs sticking straight out even though they might stick him in the back, because it’s good for my posture.  But Andy persists in pushing me around the bed and even out of it, when he has company, which could be every night if he wanted.  What is it with this guy and women?  Everyone woman on the Upper West Side has a crush on him, and more than a few of the men.  Anyway, Dr. Cuteness got out of bed and fed us breakfast, which consisted of a three egg and cheese omelet, one of my favs, and kibble.  I could have forgone the kibble, but beggars can’t be choosers.  Well, we can, but not when foods involved.

After breakfast, we went out for our morning constitutional.  I must say it was a good day.  A very good day, if you know what I’m saying.   There really isn’t any thing better, is there?   Well there used to be something better before someone cut my balls off, but a good morning constitutional is a close second.  And best of all, I had eaten grass yesterday because of a slight upset stomach, and it all came out in a clump.  I hate it when one piece just seems to linger in there no matter what I do, and then Andy has to grab it and pull it out and, well, I can’t describe what that feels like, but I’m sure it’s no fun on Andy’s end either.

Which reminds me.  I heard a story about a man who swallowed one end of dental floss and kept hold of the other end until the dental floss was coming out of both ends.  Apparently, he wanted to floss himself.  What is that about, people?  Frankly I find it disgusting, but then again, humans are strange.   They have almost no hair on their bodies and their tails don’t wag.  They may jiggle.  They may shake like jelly.  But they don’t wag.

Anyway, we got back home and Andy had to shower.  He does this EVERY DAY!!! Can you imagine?  Getting wet everyday and using soap?  On purpose?!  Just when he starts to smell like something worth smelling, he takes another shower.  I don’t get it.  Sometimes.  This is the truth I swear.  Sometimes, when Andy has a date, he will take another shower that same day!!!!  I will simply never understand humans.

So, once Dr. Clean was all purtied up and ready for the day.  We headed over to the clinic.  On the way, we passed a couple of really fine bitches.  I may not be able to do anything about it anymore, but I can still appreciate a good-looking member of the opposite sex.   And it’s okay for me to call them bitches because that’s what female dogs are called.  I’m not a misogynist.  Rappers started using the term after they heard it from us first.  And as usual, they’re claiming they made it up.

So much of what the world thinks was invented by humans was actually created by the Canis lupus familiaris - a.k.a. a dog.  On the rare occasion a cat.   Raccoons are very bright.   Words like – homeboy, homey, posse all came from a poodle in Harlem.   Many things you take for granted, like the automobile, the Internet, fire hydrant… We quadrupeds thought of them first.

As a matter of fact, what you probably don’t know is that dogs have their own oral history, which we have been passing down through the generations because otherwise Homo sapiens would take credit for everything.

You think Lincoln really came up with the Gettysburg address by himself?  Get real.  And if it wasn’t for a dachshund named Sammy the hammy, there would be no telephone, because while Alexander Graham Bell was fiddling with wires in another room, Sammy pushed two pieces of copper together and…  no no… that’s way too long a story for right now.

But if I have to keep up this blog, I might, over the course of time, fill you in on the real history between dogs and humans, as passed down to me by my great, great, great, grand pappy.  In the dog world, we have a saying, “behind every famous human is a canine”, and I’ve got the stories to prove it.

But I’m not going to go into that now.  Now, I think it’s time for a cookie.  Remember, while you are stuffing your face on Christmas morn, we at The Toby Project are out there saving lives.  So why not save yourself a guilt trip and make a generous year-end contribution to The Toby Project?  I know I am, after all it is named after moi.

PS - If you come visit Andy and me at work don’t ever be afraid to give me a biscuit.   Two biscuits.  Go wild.

Sign up for emails to our news and updates.

Interested in contributing to The Toby Project? Consider your donation options.

Support The Toby Project by picking up some gear for both you and your four-legged friends at our store.

Interested in Donating Your Time? First take some time to learn about the wide range of volunteer opportunities available at The Toby Project.

To date, The Toby Project has spayed or neutered 86,214 animals.

See How Spaying and Neutering Helps

The People Behind The Toby Project

Every member of The Toby Project team--from our board members to our committed staff and crew--plays a part in creating and furthering our reputation as a compassionate organization with a dedication to our mission.

We, at The Toby Project, value the contributions that many organizations make in support of animal welfare and rights.

If you have comments, ideas, or questions about our mission, we'd like to hear from you! Contact Us